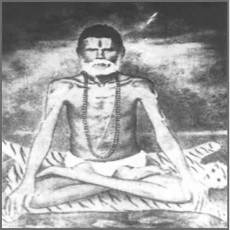 Sri Damodardas was an ardent devotee of Lord Krishna. He was born in a village in Gujarat in a pious Hindu family. His parents were died at his young age, and hence young Damodardas left his home, and began to wander in the streets, and lived his life by the way of begging. One day due to the grace of Lord Krishna, he met a saint, and he got spiritual knowledge from him. He went along with him to Varanasi, and stayed in an Ashram at the banks of the holy River Ganges.

He meditated for a few years in the Ashram, and after that, as per the advice of his guru, he began to travel to various holy places. He visited Vrindavan, Puri, Mathura and Pandharipur, and there he had the divine darshan of Lord Krishna. During his pilgrimage, he met various saints and scholars and discussed spiritual matters with them. He healed the diseases of the people, removed their worries and he had shown the spiritual path to them. He was against caste discrimination, and he has accepted all classes of people as his disciples. After living a long life, after his death, he has attained salvation.

1. Love all the living beings in the earth.

3. Only by the way of singing songs and chanting the names of Lord Krishna, one can attain the spiritual bliss.

4. Experience the presence of god within your soul.

5. Follow the teachings of Lord Krishna, which is available in the holy book, ‘Bhagavat Gita’.

6. Spread the essence of Krishna Bhakti among the masses by visiting various places and performing spiritual discourses on Bhagavatham and Bhagavat Gita.

7. All the creations of the god are wonderful.

8. Reach the god through a proper spiritual Guru.

9. Perform meditation on Lord Krishna, and let your entire thoughts be fully filled up only with Lord Krishna.