INTRODUCTIONSakthivanesvara Temple is an ancient temple dedicated to Lord Shiva, and it is situated in a beautiful village called Thirusakthimutram, which is located near the famous Durgamma Patteswaram Temple, and this temple is situated a few kilometres faraway from Kumbakonam. Here Lord Shiva is worshipped as Sakthivanesvara and the Lingam can be seen hugged by his consort Ma Parvati, hence he is also known as Sivakozhundeesvara, Sivaambigapaty, Sivashakteeswara, Parvatipriyeswarar and as Siva Sakthi Swamy. It is believed that when one prays to..
Read More
CHAKRAPANI TEMPLE, KUMBAKONAM
Posted on 19.10.2022 | Updated on 19.10.2022 | Added in Temples Info |

INTRODUCTIONChakrapani Temple is a wonderful temple dedicated to Lord Sudarsana, the Holy Chakra of Lord Vishnu, and it is situated in Kumbakonam. This temple is located near Kumbakonam Railway Station, in this temple, Lord Vishnu appears in the form Sudarsana Chakra, and this temple is considered to be one of the popular temples in Kumbakonam. I have visited this excellent Vishnu Temple during August 2022. Lord Brahma, is believed to have installed the idol of Lord Sudarshana at the place where the temple is presently located.  Surya wors..
Read More
ARULMIGU PIDARI ILANKALIAMMAN TEMPLE-SAIDAPET-CHENNAI
Posted on 11.01.2022 | Added in Devotional , Temples Info | 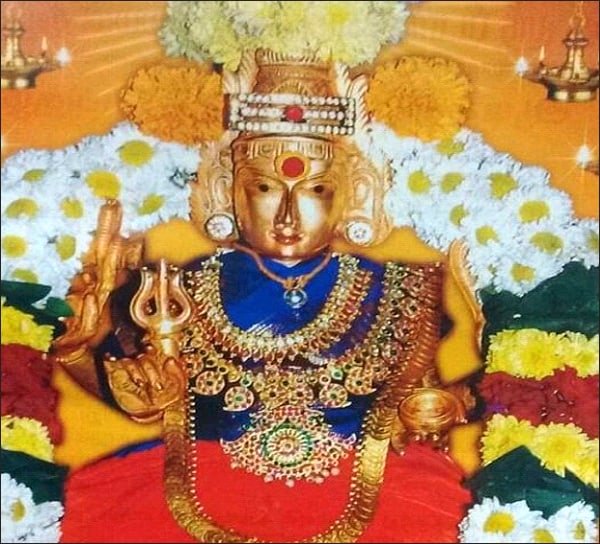 INTRODUCTIONArulmigu Pidari Ilankaliamman temple is situated in Saidapet, Near Saidapet Bus Depot. The chief deity of the temple is Ma Ilankali, and she is considered to be a guardian deity. Apart from the main shrines, there are shrines for Vinayagar, Anjaneyar, Murugar and his consorts, Ma Valli, Ma Devasena, and the Navagrahas.According to legend, long back ago, there were several demons and ghosts who were residing in this area, and they gave lot of troubles to the people who resided nearby this area. They used to even kill some of the people, in order to eat them, and they have done this ..
Read More
KAMAKSHI AMMAN TEMPLE, KANCHIPURAM
Posted on 10.11.2021 | Added in Temples Info |
INTRODUCTIONThe Kamakshi Amman Temple is a popular and an ancient Hindu Temple dedicated to Ma Kamakshi, as aspect of Ma Shakti Devi, who is also called as Lalitha Tripurasundari Devi. It is situated in Kanchipuram, and it is a famous temple similar to The Meenakshi Temple in Madurai and the Akilandeswari temple in Thiruvanaikaval. This Temple was beautifully constructed by the Pallava kings.In the main shrine of the temple, we can see the wonderful deity of Ma Kamakshi who can be seen seated in the form of a Yogini. Ma Kamakshi holds sugarcane bow and flowers, and also contains some weapons o..
Read More
SRI KAMALA VINAYAGAR TEMPLE, ICF, CHENNAI
Posted on 30.04.2021 | Added in Temples Info |
INTRODUCTIONSri Kamala Vinayagar Temple is located near ICF Bus Terminus, and it is a big temple, which contains lot of shrines of other deities also.In the Main ShrineLord Vinayaka is worshipped as Kamala Vinayagar. Apart from the main shrine, shrines for Lord Shiva, Shakti, Hanuman, Navagrahas, Muruga and Ayyappa are also available inside the temple. ICF is close to Ayanavaram and Villivakkam, and hence lot of devotees from these areas would regularly visit this temple, in order to worship the first god Vinayaka.In the main shrine, Lord Vinayaka can be seen holding the Kamala (Lotus flower) ..
Read More
KUCHANUR SANEESWARA BHAGAVAN TEMPLE
Posted on 15.04.2021 | Added in Temples Info | 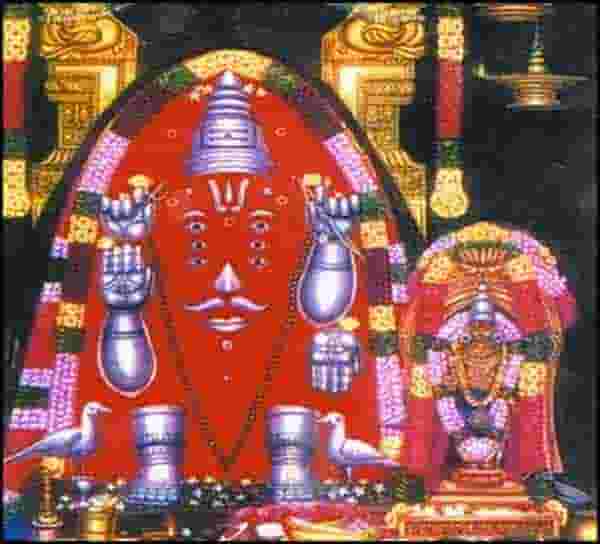 INTRODUCTIONThere is an ancient and famous temple dedicated to Lord Saneeswara Bhagawan at Kuchanoor. Here the Lord can be seen in swayambhu (self-emanated) form. In front of this temple, the holy river Surabi flows. Different religious people like Hindu, Muslim worship in Kuchanur and get the blessings from the Lord Shani Devar. There is a separate temple for guru, and it faces in the north direction, hence this temple is also known as vadaguru temple. This temple is the most popular temple, in South India. In this temple, Lord Shani Bhagavan appears in a gentle manner, without angry mood, an..
Read More
JURAHARESWARAR TEMPLE
Posted on 15.04.2021 | Added in Temples Info | 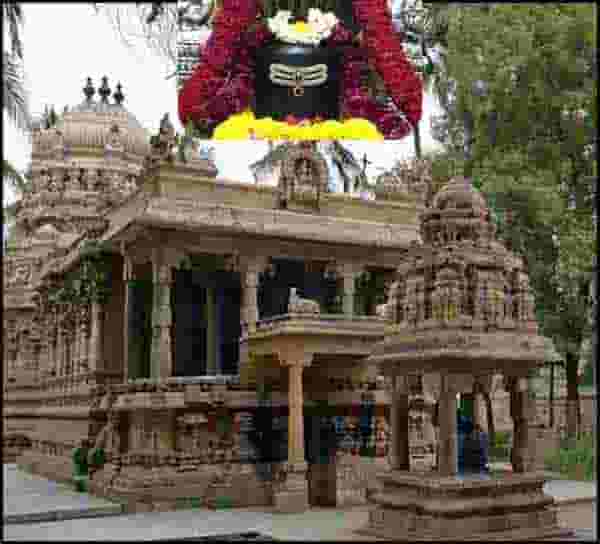 INTRODUCTIONJurahareswarar Temple is situated in Kancheepuram, and it is more than 2000 years old temple. It is a famous Shiva temple, and it is believed that those who worship the great Lord Shiva at this temple would get relieved from all types of fevers and dreaded diseases. By visiting this temple, we would get great mental satisfaction, great pleasure, and would get more withstanding power.At this temple, sacred temple tank is also found, and it is known as Jurahareswarar Teertham. It is considered as very holy, and by sprinkling the water in our head and body, our mental worries and tens..
Read More
BRAHMAPUREESWARAR TEMPLE
Posted on 15.04.2021 | Added in Temples Info |
INTRODUCTIONThe Brahmapureeswarar Temple is situated in Thirupattur. It is believed that by visiting this temple our fate can by changed by the blessings of Lord Brahma.Once Lord Brahma has got pride that he was the ultimate Creator of the entire Universe. Lord Brahma thought that he has got more powers than Lord Shiva.Due to his pride, Lord Shiva destroyed Lord Brahma’s Fifth Head, and also he got cursed from Lord Shiva, and due to that he had lost his creative powers.In order to get relieved from the curse, Lord Brahma went on a pilgrimage of Lord Shiva Temples.During his travel, Lord Brahma..
Read More
SITHALAPAKKAM RAGHAVENDRA SWAMY
Posted on 03.04.2021 | Added in Temples Info |
INTRODUCTIONAs per the words of Guru Raghavendra Swamy, many mutts are being formed all around the world. Out of his several temples, there is a famous temple situated at Sithalapakkam, which is located in Plot No. 364, Sri Raghavendra Swamy Koil Main Street, T.N.H.B. Quarters, Medavakkam - Mambakkam Main Road, SITHALAPAKAM, Chennai – 600126.It is also one of the Mritika Brindavan. This temple is managed by Sri.Arun Raghavendrar, who is also the priest of the temple. The temple was also consecrated (KUMBABISHEKHAM) in a well versed manner to enlighten the Holy Brindavan. In this temple, m..
Read More
MUTHUMARIAMMAN TEMPLE-AGARAM
Posted on 03.04.2021 | Added in Temples Info | 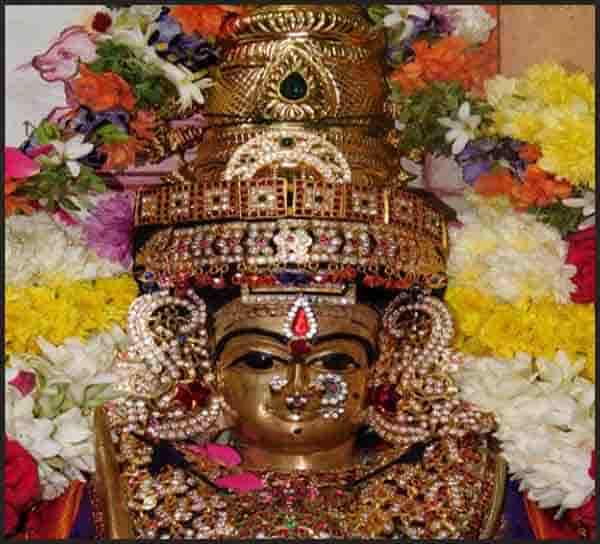 INTRODUCTIONThere is a famous Muthumariamman Temple situated at Agaram, Chennai – 600 082, located nearby Thiru.Vi.Ka Bus Terminus. Though the temple is small in size, but the deity present in the main shrine is very powerful. The Holy mother goddess Muthumariamman would show affection on her devotees like our own mother, and by seeing her beautiful face, we would forget all of our worries, and happiness would blossom in our lives.Along with the main shrine, a small Navagraha shrine, shrine for Sapthakannimar, Shrines for Lord Vinayaka and Muruga, and beautiful images of Ashtalakshmi were carv..
Read More
Showing 1 to 10 of 61 (7 Pages)