DEVI BHUJANGAM
Posted on 09.11.2021 | Added in Stotras |
INTRODUCTIONDevi Bhujangam is a wonderful Stotra written by Sri Adishankara in praise of Ma Shakti Devi. During his life time, Adishankara had visited lot of Shiva and Shakti Temples, and he also visited the Shakti Peethas. He used to sing wonderful songs in praise of the deities before their shrines. Devi Bhujangam is considered as one of the master pieces of Adishankara, and his divine contribution is very great, and in most of the homes of the Shakti Upasakas, this wonderful Stotra of Devi Bhujangam would be recited.The beautiful contents present in the Devi Bhujangam are as follows:-Let us..
Read More
HANUMAN ASHTAKAM
Posted on 22.02.2021 | Updated on 22.02.2021 | Added in Stotras |
HANUMAN ASHTAKAMINTRODUCTIONHanuman Aashtakam, is a divine song written and composed in praise of Lord Hanuman. This song was written by Sri Tulsidas, who was a great devotee of Lord Rama and Lord Hanuman. Astakam, literally means the poems written in praise of the deities. In most of the Hanuman Temples, this famous Hanuman ashtak is chanted after the chanting of Sri Hanuman Chalisa. This mantra benefits the devotees as well as his family members. This mantra relieves from mental stress and would give peace of mind for us. Chanting this mantra would prosper our lives. The contents presen..
Read More
GAYATRI ASHTAKAM
Posted on 22.02.2021 | Updated on 22.02.2021 | Added in Stotras |
GAYATRI ASHTAKAM:  INTRODUCTION:  Ma Gayatri is the consort of Lord Brahma, and she is the giver of knowledge, wisdom and spiritual enlightenment.  By reciting Gayatri Ashtakam, also known as Gayatri Stotram, we would get                  goodness in our lives and all of our reasonable needs would be satisfied.The contents present in the Gayatri Ashtakam are as follows:I meditate on Ma Gayatri, Who is the consort of Lord Brahma, and who is worshipped by the saints and the sages, who gives good knowledge, who contains a beautiful..
Read More
DURGA ASHTAKAM
Posted on 09.02.2021 | Updated on 09.02.2021 | Added in Stotras |
INTRODUCTION: Ma Durga Ashtakam is a divine stotram written in praise of Ma Durga.  Ma Durga is an incarnation of Ma Shakti Devi, and she has killed powerful demons, and acts as a mother guardian for us. Similar to our affectionate mother, she would console us during the time of our worries, and would remove our tears.The contents present in the holy Durga Ashtakam are as follows:My humble Salutations to Ma Durga,Who is called by various names, who looks very beautiful like a fresh lotus flower, and who also contains divine weapons on her hands in order to destroy the bad behaviour f..
Read More
IMPORTANCE OF FEMALE DEITIES IN HINDUISM
Posted on 20.10.2020 | Added in Stotras, Devotional , God Stories |

INTRODUCTION :Hinduism is an ancient religion, and the Hindu gods and goddess are described as supreme deities. In Vedas and Puranas, the importance of gods and goddesses are mentioned, and apart from the male gods like Brahma, Vishnu and Shiva, female goddesses like Parvati, Lakshmi and Saraswati are also given much importance in Hinduism. Similar to giving importance first to our mother, most of us are giving much importance to mother goddesses, since we are considering them as our divine mother.Hindus worships Parvati Devi as Shakti Devi, for getting good prospects in their life, and she is..
Read More
Puja
Posted on 18.03.2020 | Added in Stotras, Devotional | 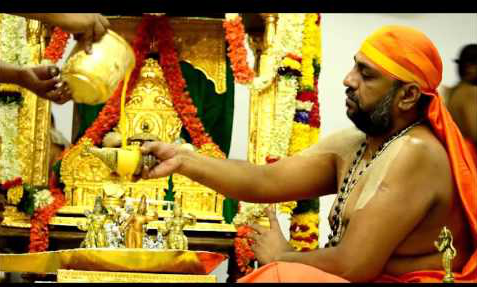 INTRODUCTION : Puja means expressing our love and devotion on god by doing certain kind of activities, like worshiping the god by chanting his names, performing deeparadanai, abhishekham and doing homams in the temples. There are various types of puja like Shiva Puja, Satyanarayana puja, Lakshmi puja, durga puja etc. Whatever puja we performs, we must do it with sincere dedication and devotion on god, and must have utmost faith on him. We should not lose our hope and keep on worshiping him even while doing our daily routines.By performing puja to the deities, we would feel a sense of sati..
Read More
IMPORTANT SLOKAS OF VARIOUS HINDU GODS AND GODDESSES
Posted on 11.03.2020 | Updated on 11.03.2020 | Added in Stotras, Devotional | 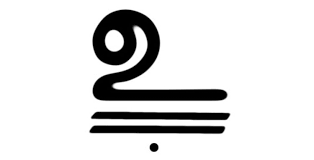 INTRODUCTION :Worshiping the gods and goddesses forms a part and parcel of our life. Without praying to the god, we cannot keep our feeling and difficulties within ourselves. Hence prayer is a must for each and every person belonging to different religions also. We are living our life happily or sorrowfully based on our past birth karmas. Though we cannot entirely remove our sins by worshiping the god, at least we would be able to get the courage and strength in our mind and body, and we would be able to withstand in our life without much difficulty. We would feel a sense of satisfaction, that..
Read More
Navagraha Prasanna Sthulu
Posted on 17.06.2016 | Added in Stotras, June 2016 |