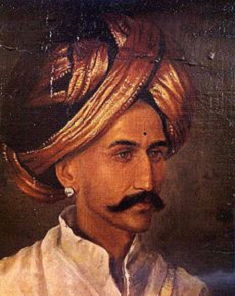 Ratnakaravarni was a 16th-century Kannada poet and writer. He is considered to be one of the best poets during his time, and he was popularised in Kannada literature during the rule of the Vijayanagara Empire. His popular work is about the story of the Jain Prince Bharata. He had suffered from some unknown disease, and due to that, till the end of his life he remained as a nervous and restless person.

Ratnakaravarni had converted from Jainism to Veerashaivism and he wrote the Basavapurana, life history of the Kannada Saint-Poet Basavanna. He also wrote beautiful texts on Shaivite saints and on Shiva Puran. His contributions to Kannada literature are considered as highly remarkable.

Ratnakaravarni served as a court poet under the king Bhairasa Wodeyar at Karnataka, and penned many beautiful poems.

Some of the verses from his poems are as follows:

⦁ The three eyed Lord Shiva is the destroyer of our evil thoughts and would give good spiritual thoughts to us.

⦁ Lord Shiva is anywhere and everywhere. He can be seen in our human eyes, only through sincere bhakti and meditation.

⦁ Lord Shiva is the giver of boons and the fulfilment of desires.

⦁ Our ego would be destroyed by chanting the Shiva Mantra “OM NAMAH SHIVAYA”.

⦁ By worshiping Lord Shiva, we would get the blessings of the other gods and goddesses.

⦁ Hanuman – Rama Bhakti, Nandi – Shiva Bhakti is very great, and they have surrendered their entire body and soul to their masters.

⦁ Consider yourself as the slave of Lord Shiva, and always keep worshiping your divine master Lord Shiva.

⦁ The greatness of Lord Shiva cannot be fully explained even by his divine attendant Lord Nandi Bhagavan. He is such a great god!

Let us worship the noble saint and be blessed.