Sree Mukteswara Temple is regarded as the  'Gem of Orissan Architecture' and is regarded as the most important and ancient temple in India and it is located in Bhubaneshwar. The temple can be reached easily from Bhubaneshwar, which is well-connected to other cities by air, rail and road. Built in 950 A.D, Mukteswara temple is really a beautiful temple which attracts lot of devotees from all over India. 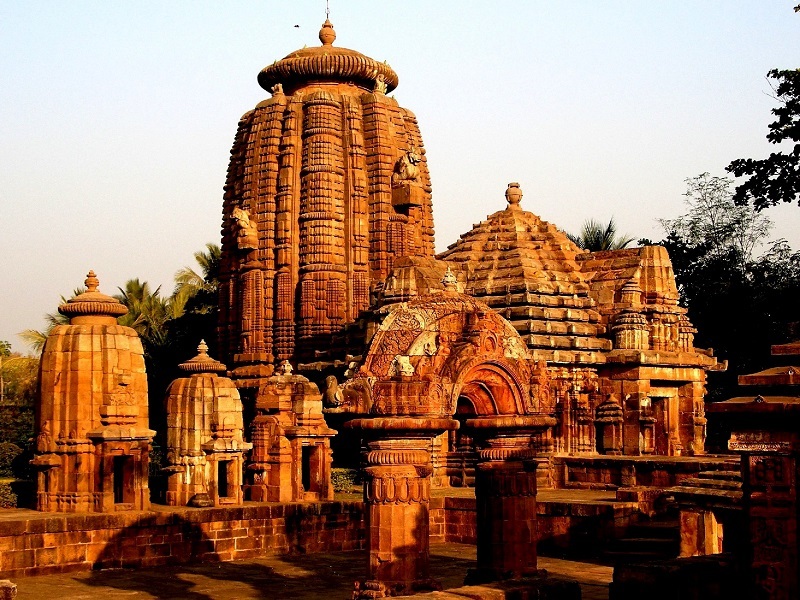 Inside the complex, there are several small shrines that comprise numerous lingams of Lord Shiva. There is a holy well in the temple, and It is believed that a dip in this holy well cures various health related problems of those  devotees who visits this temple.

Mukteswara Mandir is dedicated to Lord Shiva. This temple is Dedicated to Lord Shiva in the form of Mukteswara. This Shiva is regarded as Mukteswara, since he gives mukti(SALVATION) to his devotees. Those who worships this god with pure devotion, will be blessed with all the needs in this earth and also attains the glory of god in their next birth. That means, they will never take rebirth again.

The structure of the temple shows  the Kalinga School of Temple Architecture. Mukteswara Temple is a site of Indian Heritage and this holy shrine attracts many devotees & tourists to this place from india and from all over the world.

The Mukteshvara Temple is found to be the one of the oldest temple in india and the sanctum is engraved with beautiful paintings depicting the picture of nagas and naginis.

Other Details about the temple

The doorway to the inner sanctum houses the image of Ketu, regarded as the planet in the Hindu mythology. There is a tank in the eastern side of the temple and a well in the south-western corner. A dip in the first known as the Marichi Kunda is believed to cure infertility in women. There are also other shrines within the temple complex.  The temple has sculptures both inside and outside the structure.

Significance of the Temple

Mukteshvara means "Lord of Freedom". The temple is dedicated to Hindu god Shiva. There are a number of sculptures engraved in the temple with meditation poses. The outer face of the compound wall has carvings of Hindu deities like Saraswathi, Ganesha and Lakulisha. The numerous images of Lakulisha are found in this temple, showing various mudras like yoga.

The Department of Tourism organises a three-day yearly dance function called Mukteswar Dance Festival in the temple premises. This festival celebrates the features of Odissi, the classical dance form of Odisha.

Thus It can be concluded by saying, that it is a must for every hindu, to go to this temple and to worship in order to attain salvation. Since the name itself implies, it is a temple which gives inner bliss and freedom from birth cycle. Let us chant the nama of Lord Shiva and always be happy with a healthy and peaceful life with his grace.

SENT BY
R.HARISHANKAR
SIGN UP FOR OUR NEWSLETTER
Get our updates on new arrivals and discount