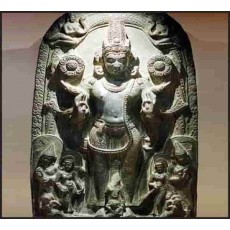 Revanta or Raivata is the son of Lord Surya, and his wife Saranyu. Revanta is chief of the Guhyakas in the Himalayas. His Images are found in various temples and mostly worshipped by some sects of north Indians since ancient times. He is similar to yakshas and was worshipped for getting strength in mind and body. Being the son of Lord Surya, he is capable of giving good health and blesses us for a happy and prosperous life. His images are found in ancient Surya and Vishnu temples. There is an ancient temple dedicated to him in Madhya pradesh, and he is worshipped as the main deity in that temple.

Revanta is the brother of Shani dev, Ashwin kumaras,Yama dev, Yamuna, Tapti and Bhadra. He is also mentioned in Markandeya Purana and Kalika Purana and describes his valour and strength. Though there is not much temples dedicated to him, he can be worshipped by chanting the stotra “OM SREE SURYA PUTRA REVANTAYA NAMAHA”.

By worshipping him we would get the following benefits in our life:

Let us worship the great GOD REVANTA, and be blessed.