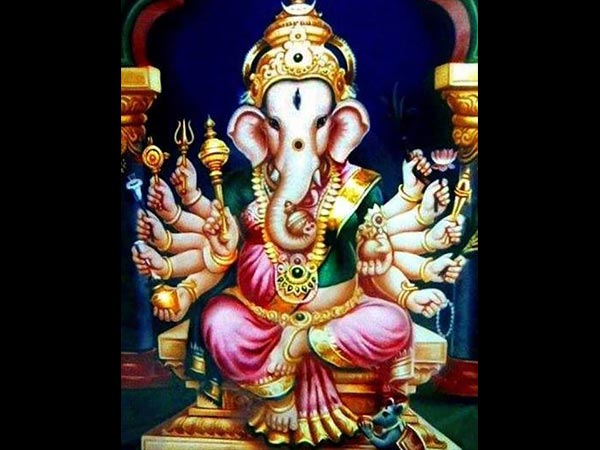 INTRODUCTION-Vinayaki  is an elephant-headed Hindu goddess. Her details are not clearly defined. Only few details are available about her in Hindu scriptures and very few images of this deity exist. The goddess is generally associated with the elephant-headed god of wisdom, Ganesha. She does not have a consistent name and is known by various names such as Vinayaki,  Vighneshvari  and Ganeshani. Vinayaki is sometimes also seen as the part of the sixty-four yoginis. In the Jain and Buddhist traditions, Vinayaki ..
Read More
Sri Sripadaraja
Posted on 25.07.2019 | Added in Devotional , God Stories | 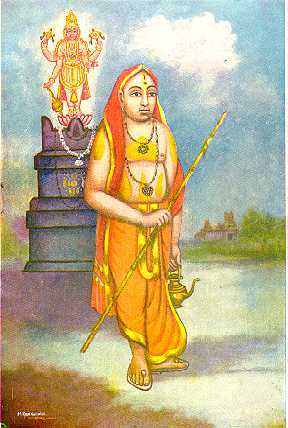 IntroductionSripadaraya or Lakshminarayana Tirtha or Sripadaraja (1422-1480) was a Dvaita scholar, composer and the pontiff of the Madhvacharya mutt at Mulbagal. He is the founder of Haridasa movement along with Narahari Tirtha. His songs and hymns which were written in praise of Lord Krishna, and also contain the concepts of Dvaita principles. He has  composed several kirtanas praising Lord Hari.  He was the Guru of Saluva Narasimha Deva Raya and he guided the young Vyasatirtha. &nbsp..
Read More
Raghavendra Swamy at Perambur
Posted on 25.07.2019 | Added in Devotional , God Stories |
Many mutts are there for Sree Guru Raghavendra Swamy at Chennai. One such mutt is situated at Perambur Area. The address of the mutt is No.15,Srinivasan Street,Perambur,Chennai – 600 011. Several years ago, this mutt was donated by a couple belonging to smartha Brahmin community. They have donated a major portion of their house for building the mutt and then they kept a small portion of their house for their occupation. Every year Raghavendra Swamy Aradana will be celebrated in this mutt in a grand manner. Free food will be offered to all the devotees who visit the temple. General..
Read More
Prahalada,Dhuruva and Markandeya Mahathmiyam
Posted on 24.07.2019 | Updated on 24.07.2019 | Added in Devotional , God Stories |
Sree Bhakta Prahalada Mahathmiyam Bhatha Prahalada, was the son of Demon King Hiranyakashibu. Lord Narasimha killed Hiranyakashibu and made Prahalada as the king of the region. Bhakta Prahalada was an ardent devotee of Lord Hari. He has preached the greatness of Lord Hari along with his fellow students. He has lived a life with much holiness, pure bhakti and kindness among his people. During his regime, he has daily offered Annadanam to more than 1000 people. He is the Avatar of Divine Personality – Sangukarna Devar. Sangukarna Devar was serving Lord Brahma in Satyalok during Krita Yoga...
Read More
Lord Vinayaka
Posted on 24.07.2019 | Added in Devotional , God Stories | 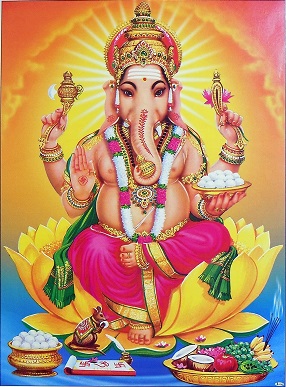 Lord Vinayaka is the first god in the hindu tradition. Every hindu worship lord vinayaka as an obstacle remover and people will worship him daily before doing their daily routines.Lord Vinayaka is the symbol of Wisdom and Faith. He is regarded as the god of gods. Lord Ganesh Temple is situated in almost all parts of India. Even under a tree, he will be available. He cannot be ignored when we start a new venture or any other new engagement. My mother Mrs.R.Saraswathi has written Sri Vinayaka Puranam alongwith Muruga Puranam(Two Parts) for Prema Presuram,Rangarajapuram,Kodambakkam,Chennai d..
Read More
Guru Raghavendra Swamy
Posted on 23.07.2019 | Updated on 23.07.2019 | Added in Devotional , God Stories | 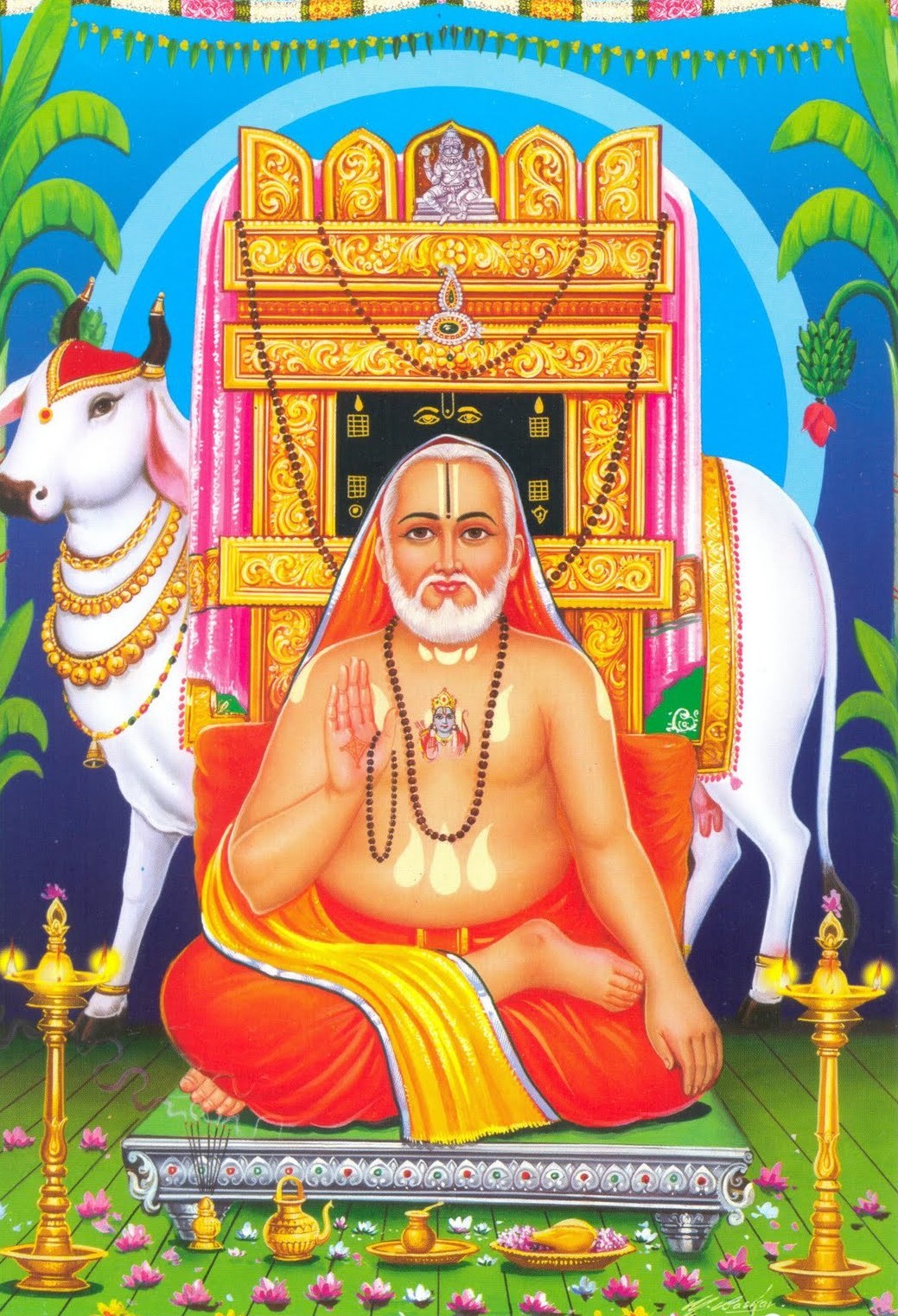 Guru Raghavendra Swamy is a great Indian Saint of Madhwa Tradition who attained Jeeva Samadhi at Mantralayam. He has done lot of miracles to his devotees life. He is still existing in Physical body and doing Moolarama Pooja even today in the early morning hours at Mantralayam. Raghavendra swamy, is not limited to a particular community alone. He is a Universal Saint. He is giving Anugraha to all types of his devotees, without seeing any caste, creed or religion. His Mrithigai(Sacred Soil) will cure all types of diseases and will even relieve people suffering from black magic. He is a devotee..
Read More
Angala Parameswari Amman
Posted on 22.07.2019 | Updated on 23.07.2019 | Added in Devotional , God Stories |
INTRODUCTIONAngala Parameswari Amman or Angalamman (Adhi Sakthi - Meaning - The First form of goddess Parvathi. The Origin is Melmalayanoor.). Most of the Tamil nadu peoples Kula Deivam is Angala Parameswari Amman. My Kula Deivam also is Angala Parameswara Amman Temple which is situated in Keerakara Veedi, Erode -1. It is one of the most important temples in erode. Boarding and Lodging facilities are available nearby the temple. During Sivarathiri Festival and Aadi month festival, lot of people will come to this temple and will do Abhishekham and Archanai. This Amman has done lot of favou..
Read More
Sree Raghothama Theertha Swamigal
Posted on 08.07.2019 | Updated on 23.07.2019 | Added in God Stories | 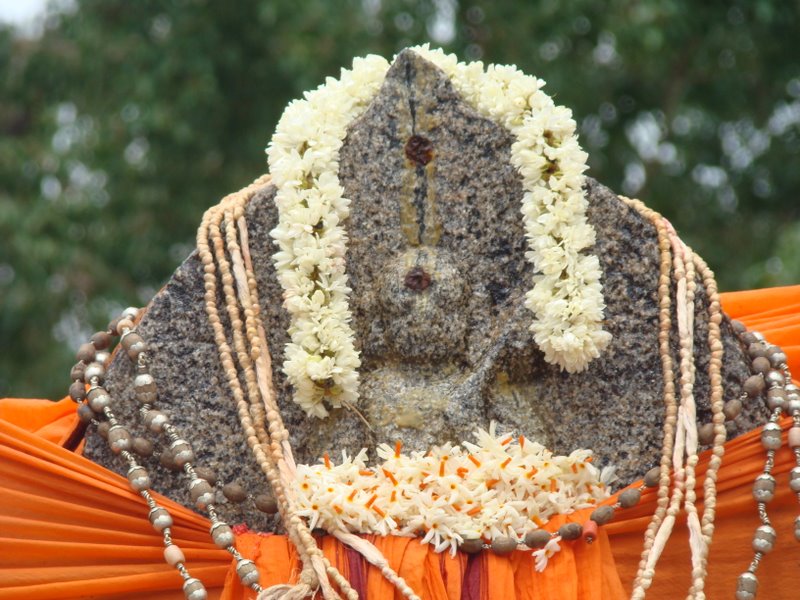 Sree Raghothama Theertha Swamigal is a Dwaitha Saint. He was born in Hyderabad. He was adopted by Raghuvarya Theerthar of Uthiradhi Mutt at a very young age from his parents. His original name was Ramachandran. At the age of seven, Upanayanam was made to him and he was given Sanyasa at the age of eight. After getting Sanyasa, his name was changed to Sree Raghothama Theerthar.At the age of three, a demon, tried to kill the divine child, and the child kicked him with his feet and the demon immediately died. By seeing this incident, people described him as Sree Bala Krishna. Once while going to p..
Read More
Shiridi Sai Baba
Posted on 08.07.2019 | Updated on 23.07.2019 | Added in God Stories | 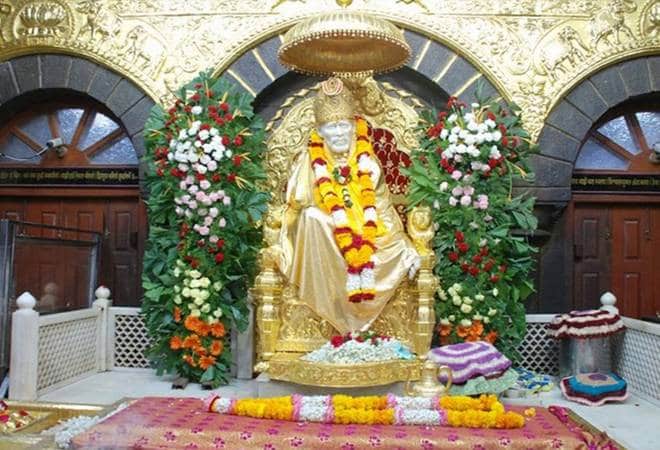 Shirdi Sai Baba is an Indian Saint who respected both Hinduism and Islamism. He wants both Hindus and Muslims to be united and to be cooperative among each other. He is regarded as an avatar of Lord Dattatreya. He preached the importance of self realization. He lived in Shirdi for several years and attained Mahasamadhi in Shirdi on 1918. He lived a complete life only for the sake of his Bhaktas. He has performed many miracles during his life time and even after his Mahasamadhi.Today lot of people worship Saibaba in India as well as from all over the world. He cured many diseases of his devotee..
Read More
Ramalinga Swamigal
Posted on 08.07.2019 | Updated on 23.07.2019 | Added in God Stories |
Ramalinga Swamigal (5 October 1823 – 30 January 1874) also called as Ramalinga Adigal and Vallalar was born at Marudur near Chidambaram on 1823 and was one of the most popular tamil saint and also one of the greatest poet. He was the founder of Sathya Gnana Sabha which was opened on 1872. His main principle is : By doing service to living beings, we can attain moksha(Salvation).This Sabha is not a temple and here no fruits and flowers are offered and blessings are not given. Here all types of people are allowed without any difference in caste, but except meat eating people. They are allowed to..
Read More
Showing 251 to 260 of 263 (27 Pages)