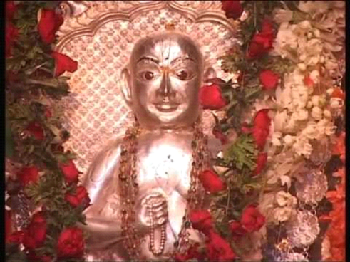 Satyabodha Tirtha (1710-1783) was a Madhwa saint, and he was the pontiff of the Uttaradi Mutt and served during the period 1744- 1783. Satyabodha Tirtha was born in the year 1710 in Raichur at Karnataka in a pious Madhwa Brahmin family. His birth name was Ramacharya. He is considered as an incarnation of Rishi Markandeya. He was well versed in Hindu holy texts at his young age itself.

Satyabodha Tirtha was a great saint and he was honoured by the kings belonging to different religions during his time.  Satyabodha Tirtha performed many miracles in the life of his devotees and healed their diseases, and invoked them in the “SRI RAMA BHAKTI PATH”. Through his great spiritual powers, many south Indian princes were become his sincere disciples. His guru was Satyapriya Tirtha and his successor disciple was Satyasandha Tirtha.

Satyabodha Tirtha Swamiji's preaching was based on humanity, kindness and gentleness. He was considered as one of the best Madhva saints, and he was treated with great respect by the kings and by the common people. He respected the people belonging to all castes and creeds, rich and poor, male and female, good and bad, and asked them to chant the holy names of Lord Rama and Krishna, in order to get permanent mental satisfaction in their life.

He attained Samadhi during the year 1783 at Savanur in Karnataka.

Let us worship the holy guru and be blessed.