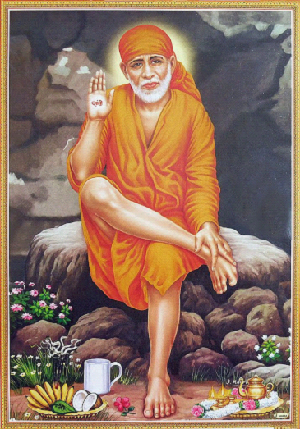 INTRODUCTION : Gopal (20th century) was born in a village at Mumbai and he was an ardent devotee of Sri Sainath from his younger age itself. He used to visit Shirdi on every year during the Guru Purnima festival, and have the darshan of Sairam. He was very good at studies, and his father had worked in a private company and his mother was a house wife. He was the only son for his parents. He has completed his law degree and become a professional lawyer. He used to contribute a share of his income for the welfare of poor and also would donate huge sums during his visits to Shirdi.One Sunday..
Read More
King Priyavrata
Posted on 03.04.2020 | Added in Devotional , Devotee | 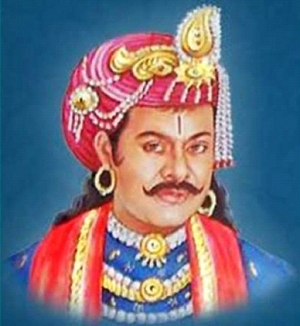 INTRODUCTION : King Priyavrata was an ancient king who ruled almost the entire India before few thousands of years, and he ruled his kingdom in a well-versed manner. He was mastered in all kinds of arts and was a capable person in handling powerful weapons during the battle field. He was a great devotee of Lord Vishnu, and built several Hindu temples. He took proper care towards his country’s people, and removed their problems, and gave all sorts of necessities in their life. After ruling the kingdom for several years, he lost attachment with the worldly objects, since he came to und..
Read More
Miracle of Lord Saneeswaran
Posted on 02.04.2020 | Added in Devotional , Devotee | 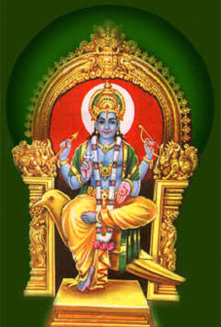 INTRODUCTIONVinayak Reddy was a great devotee of Lord Saneeswaran and he was born in the year 1945 in Cuddapah at Andhra Pradesh. He belonged to a Reddy wealthy family, and his father was doing garment trading business at his own store. Vinayak was a good person and after finishing his studies, he joined along with his father’s business, and helped him to flourish the business. At his teenage, he got married and had a son with the name Ramgopal. His wife was a good natured lady and helped her husband in his business.When Ramgopal has attained the age of 5, he got admitted him in a good school,..
Read More
Sundaram
Posted on 02.04.2020 | Updated on 02.04.2020 | Added in Devotional , Devotee | 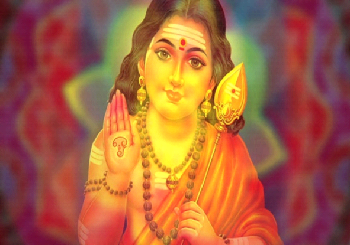 INTRODUCTION :Sundaram was a Vedic scholar and served as a freelance Purohit and he stayed at Thiruvallur. He used to visit his client’s houses and perform rituals such as Grihapravesam, Amavasai Tharpanam and Thevasam. He also used to perform marriages to his clients at the Mandaps. He used to charge only a nominal fee, and due to that, he got large number of clients. Generally while performing purohit service, he will used to take only Tiffen items and coffee and would not take lunch, since it was his habit. One day, he went to a famous astrologer’s house in Ambattur, and performed ritu..
Read More
Subramanian
Posted on 02.04.2020 | Updated on 02.04.2020 | Added in Devotional , Devotee |

INTRODUCTION :Subramanian was a college lecturer in Chennai, and he was born in an orthodox Brahmin family. He has completed his M.Com and finished M.Phil also. He was an ardent devotee of Lord Ayyappa and every year used to visit the Sabarimala temple during the Mandala season. He served in the college for a few years, and got good name through his good teaching. This was caused jealous among the other lecturers, and they made a plan to send him out, and one of the lecturers had kept his money purse in the bag of Subramanian, and started calling others and informed them that his purse wa..
Read More
Sriram
Posted on 02.04.2020 | Added in Devotional , Devotee | 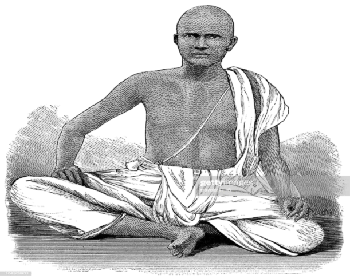 INTRODUCTION :Sriram belongs to Brahmin community, who lived during the 20th century. He served as a Brahmin priest at a small Krishna temple in a village in Karnataka.  He was an ardent devotee of Guru Raghavendra. After attaining teenage he got married to a pious girl, and soon he had one son. After becoming a family man, since he has previously served as a sales executive in a company, and since he has to support his aged parents, his wife and child, he applied and got a sales executive job in a company at Japan.Somehow, he utilized his entire savings and collected money from his neigh..
Read More
Shanta
Posted on 28.03.2020 | Added in Devotional , Devotee | 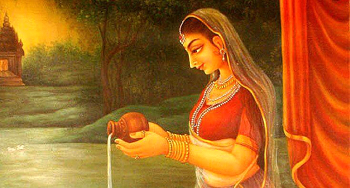 INTRODUCTION :Shanta was the daughter of the great king Dasharatha and Kausalya, who was later adopted by King Rompad and Queen Vershini and she was born in the Treta Yuga.Shanta was the consort of the great rishi Rishyasringa, son of sage Vibhandaka. Shanta was well educated in Vedic subjects and talented in all kinds of arts and she was considered as a beautiful chaste woman. Her consort Rishyasringa performed a yagna on behalf of king Dasharatha in order to get noble children. And after the performance of the yagna, the divine avatars, Rama, Lakshmana, Bharata and Shatrughna were born.Shant..
Read More
Guruvayur Temple to Lord Guruvayurappan
Posted on 19.03.2020 | Added in Devotional , God Stories, Devotee | 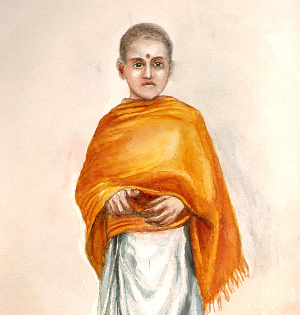 INTRODUCTION :Once there lived a holy priest and served in the Guruvayur Temple to Lord Guruvayurappan. His name was Nenmini. He was very pious and a kind hearted person. He had one young son whose name was Unni, and he used to help his father in his puja activities. Once, since the priest wants to go somewhere urgently, he asked his son to do puja and to offer Prasad to the Lord. The young boy agreed, and done puja in a wonderful manner and decorated the idol of the Lord with various flowers and flower garlands and burnt the agarbathies and camphor, and showed deeparadhana to the Lord, and fi..
Read More
Thilakavathiyar
Posted on 19.03.2020 | Added in Devotional , Devotee | 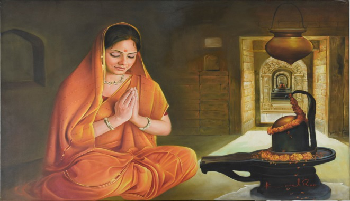 INTRODUCTION :Thilakavathiyar (7th century AD) was a great Shiva devotee and she was born in a Vellalar family in a village in Tamilnadu. Her parents were also ardent devotees of Lord Shiva, and her brother was Marulneekkiyar, who was later known as Thirunavukarasar. She was very religious, and used to regularly worship Lord Shiva in the temples and at her home. She also offered food to the poor people along with her family on a daily basis. At her teenage, she got married with Sri Kalipagai, who was the army chief of the Pallava King. He was cunningly killed by the enemy army forces duri..
Read More
Manjula
Posted on 18.03.2020 | Added in Devotional , God Stories, Devotee | 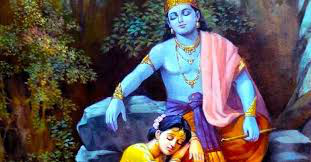 INTRODUCTION : Manjula was a noble girl who lived in a village near Guruvayur. She got the habit of daily submitting beautiful flower garlands to the Lord in the Guruvayur temple at night. One day night, when she arrived near the temple with her garlands, she found that the temple was closed. She was very much worried and began to weep, and she finally placed the garland near the banyan tree, and consoled herself, that the Lord had accepted her offering, since he is everywhere. Next day morning, the temple Priest found one beautiful garland in the neck of the Lord, and it could not b..
Read More
Showing 41 to 50 of 83 (9 Pages)
SIGN UP FOR OUR NEWSLETTER
Get our updates on new arrivals and discount