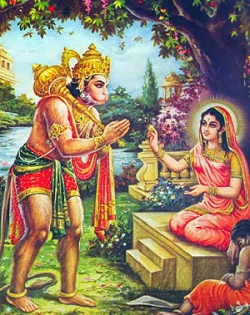 INTRODUCTION :Sundara Kandam is one of the chapters in the great epic Ramayana. It was written in Sanskrit by Maharishi Valmiki, who has written the entire epic Ramayana. In Sundara Kandam, the great tasks performed by Lord Hanuman were mentioned and also the various good qualities of Hanuman like his selflessness nature, obedience, confidence, great strength, and his Rama Bhakti is mentioned in the holy text.  He is the one who makes impossible things into possible. Since Hanuman contains beautiful face as well as he contains very good nature, he was fondly called as “Sundara” by Sa..
Read More
SRIMAD RAMAYANAM
Posted on 04.11.2020 | Added in Devotional , God Stories | 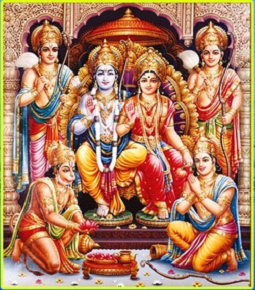 INTRODUCTION : Among the Hindu epics, Ramayana is considered as the most important epic, and the Ramayana incidents were happened during the Treta Yuga. Ramayana deals with the life history of Lord Rama, his wife Mata Sita, his brothers Lakshmana, Bharata and Shatrughna. By reading this holy text, all of our unnecessary worries, tensions, miseries and sorrows would be permanently run away from our life, and we would get happiness and peacefulness throughout our life. By reading the divine text Ramayana, we can get a great sense of satisfaction, similar to consuming the divine nectar,..
Read More
Vidura
Posted on 04.11.2020 | Added in Devotional , God Stories | 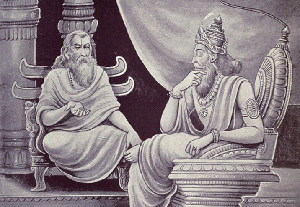 INTRODUCTION :Vidura is one of the main characters in Mahabharata. He is the prime minister of the Hastinapura Kingdom and the brother of the blind King Dhritarashtra. He is considered to an incarnation of Lord Yama Bhagavan, the death god, and lived his life in a righteousness manner.Vidura was the son of Sage Vyasa and Parishrami, a pious maid. He was highly respected by the Pandavas and Lord Krishna for his good manners.  He also safeguarded the Pandavas from the attacks of Kauravas, and acted as a godfather to them.Vidura neethi was written by Vidura, and it is considered as the best ..
Read More
BHANU - SON OF LORD KRISHNA
Posted on 30.10.2020 | Added in Devotional , God Stories | 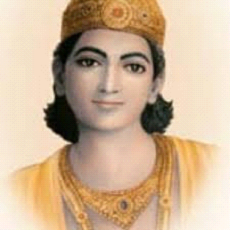 INTRODUCTION :Bhanu was the son of Lord Shri Krishna and Mata Satyabhama, and he closely resembles Lord Krishna in appearance. He was married with Suthanu, who was the daughter of Yudhishthira and Draupadi, and their son was Vajra. Banu moved closely with the Pandavas, and won their heart. He was the friend of Samba and Prathyumna, who were also the sons of Lord Krishna. Bhanu learned his education under his father Lord Krishna, and also he was trained very well in archery by Arjuna. He was very much liked by his uncle Balarama, and he was well trained by him in handling of the weapon “MA..
Read More
MUMBA DEVI TEMPLE
Posted on 29.10.2020 | Updated on 29.10.2020 | Added in Devotional , God Stories, Temples Info | 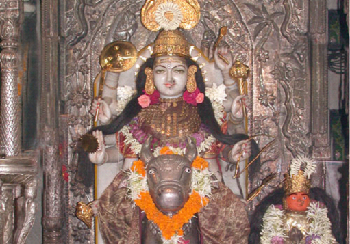 INTRODUCTION :Mumba Devi Mandir is an ancient temple situated in Mumbai, Maharashtra. In this temple, Mata Shakti Devi is worshiped as Mumba Devi, and this temple was built during 15th century AD. The idol of Ma Mumba is made out of a black stone and she looks very beautiful in appearance. She wears golden ornaments, and can be seen seated in a lion’s vehicle. Mumba is also called as Amba, and the temple is situated amidst business houses. Since the temple is very sacred, daily lot of devotees are visiting this holy temple. And those who visit the Siddhi Vinayak Temple of Mumbai are advised to..
Read More
SIDDHI VINAYAK TEMPLE, MUMBAI
Posted on 29.10.2020 | Added in Devotional , God Stories, Temples Info |

INTRODUCTION :Lord Vinayaka is the first god, and his divine appearance resembles the “OM” symbol, and he has to be compulsory worshiped in the morning, after getting from our bed, in order to destroy the obstacles which we regularly face in our daily life. Lord Vinayaka is having lot of small as well as big temples all over the world. He can be seen even under trees, and he is a very simple and lovely god. He is the favorite god for people belonging to all ages, and especially young children would like him so much, and they would consider him as their best friend. Among the various popul..
Read More
SIGNIFICANCE OF AADI MONTH - SCIENTIFIC AND SPIRITUAL ASPECTS
Posted on 22.10.2020 | Added in Devotional , God Stories | 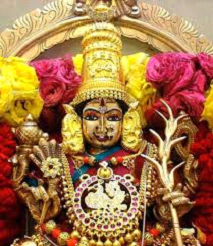 INTRODUCTION :Aadi month is meant for worshiping Amman, and devotees used to prepare Prasad items like koozh, pongal and curd rice and after showing it to the goddess, it would be distributed to the devotees, and most of the family functions like marriages and grihapravesam are not held. Particularly new business ventures would not be started during the month of Aadi. Donating money or food to the charitable houses is done especially during Aadi month.But festivals such as Aadi Peruku and Aadi Puram would be grandly celebrated during this month. During Aadi Amavasai, rituals for ancestors woul..
Read More
NAVARATRI
Posted on 21.10.2020 | Added in Devotional , God Stories | 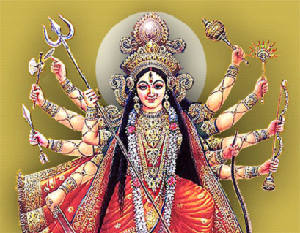 INTRODUCTION : Navaratri is an ancient festival, dedicated to Ma Durga, and it would be celebrated for a period of ten days. This festival usually falls during September - October. This festival is also known as the Durga Puja, and it is celebrated in order to praise Ma Durga for killing the dreaded demons and for maintaining peace and prosperity in the universe. Devotees of Durga used to observe fasting during the Navaratri festival days, in order to show their great love and affection on Ma Durga.  Durga Devi temples would be decorated in a grand manner, and afternoon food wou..
Read More
MANKAMESHWAR TEMPLE
Posted on 21.10.2020 | Added in Devotional , God Stories, Temples Info |

INTRODUCTION :Mankameshwar Temple is located in Agra at Uttar Pradesh, is one of the popular and oldest temples of Lord Shiva. One has to climb some steps to reach the top of the Temple, and the temple is surrounded with full of natural beauty. The Shiva Linga is self-emanated and it belongs to the previous Dwapara Yuga. This Shiva Linga contains the entire powers of Lord Shiva, and it believed that Lord Krishna and the Pandavas have worshipped this Holy Shiva Linga. The main deity of the temple is Lord Shiva, and there is a separate shrine for Lord Shiva. Devotees must be pure in their h..
Read More
MATA ANNAPOORNESHWARI TEMPLE, HORANADU
Posted on 21.10.2020 | Added in Devotional , God Stories | 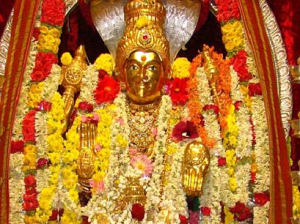 INTRODUCTION :Mata Annapoorneshwari is an aspect of Mata Parvati, and her famous Annapoorneshwari Temple is situated at Horanadu, on the banks of the Holy River Bhadra at Karnataka.According to legend, once Lord Shiva removed one of the heads of Lord Brahma, in order to destroy his ego. Due to that, Lord Shiva had suffered from severe hunger.  Hence he went to the present place of the temple, where his consort Mata Shakti Devi, transformed into Annapoorneshwari and began to distribute food to Lord Shiva, and due to that, Shiva was relieved from his curse. It is believed that during t..
Read More
Showing 61 to 70 of 263 (27 Pages)