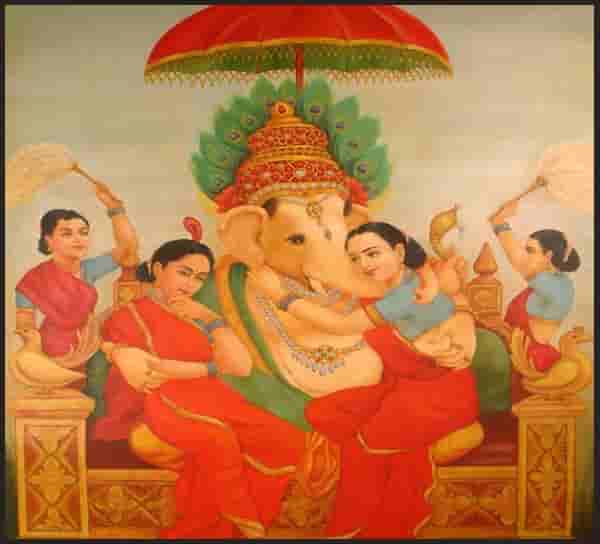 INTRODUCTIONSiddhi and Buddhi are considered as the two consorts of Lord Ganesha. There are believed to have been created by Lord Brahma for the specific purpose of marrying them to Lord Ganesha. According to ancient puranas, Once Lord Ganesha wants to get married a girl containing the qualities of his mother Parvati Devi. Since no matching girl was found similar to Parvati, Lord Brahma decided to create two holy girls, in order to get them married to Lord Ganesha.Brahma used his entire powers, and created two lovely girls and named them as Siddhi who gives enlightenment and Buddhi who gives c..
Read More
REVANTA
Posted on 01.04.2021 | Added in God Stories | 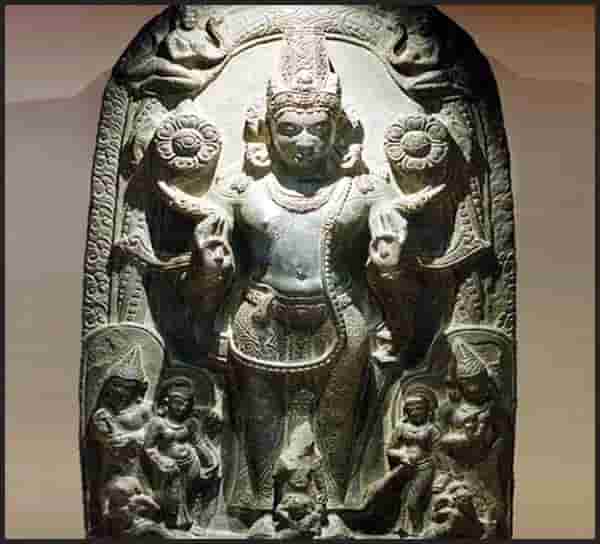 INTRODUCTIONRevanta or Raivata is the son of Lord Surya, and his wife Saranyu. Revanta is chief of the Guhyakas in the Himalayas. His Images are found in various temples and mostly worshipped by some sects of north Indians since ancient times. He is similar to yakshas and was worshipped for getting strength in mind and body. Being the son of Lord Surya, he is capable of giving good health and blesses us for a happy and prosperous life. His images are found in ancient Surya and Vishnu temples. There is an ancient temple dedicated to him in Madhya pradesh, and he is worshipped as the main deity ..
Read More
MAYINDAN IN RAMAYANA
Posted on 01.04.2021 | Added in God Stories |
INTRODUCTIONMayindan is considered as one of the chief warriors in the Vanara Army, and he was controlled by the Vanara king Sugriva. He participated in the war held between Rama and Ravana, and fought bravely and killed lot of demons, and he was high praised by Sugriva for his valour. When Vibishana wanted to take refuge with Rama, it was the great Mayinda who talked to Rama in favour of Vibhishana along with Hanuman, and asked Rama to give shelter to Vibishana, and he considered Vibhishana as a pious and holy demon.Among the several Vanaras, it was Mayinda who looked calm and acted in a righ..
Read More
MATA SARANYU
Posted on 01.04.2021 | Added in God Stories |
INTRODUCTIONSaranyu is also known as Sanjana and Sandhya is a mother goddess and the daughter of the divine architect, Lord Viswakarma. Saranyu and her sister Chaya are the consorts of Lord Surya Bhagavan.Children of Mata Saranyu:RevantaAshvin KumarasYama YamunaSaranyu was mentioned in the ancient Rigveda and was considered as a noble goddess, who showers her grace on to her devotees along with her consort Lord Surya Bhagavan.Once, she couldn’t bear the heat of Sun god, and hence she created Mata Chaya through her shadow, and went to the earth and performed penance. Initially, Lord Surya ..
Read More
MATA RENUKA DEVI
Posted on 01.04.2021 | Added in God Stories | 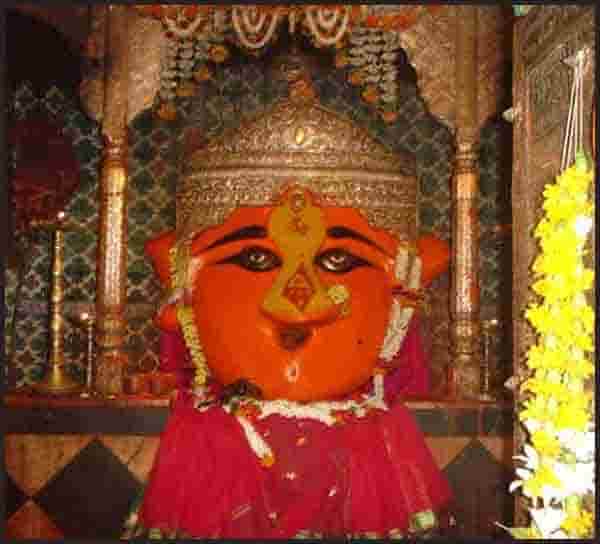 INTRODUCTIONGoddess Renuka is worshipped as Yellamma in Karnataka, Andhra Pradesh, Maharashtra and Tamil Nadu. She is also worshipped as Manchalamman in Mantralayam. Goddess Renuka is the incarnation of Mata Parvati and is our affectionate mother Goddess and her name and type of worship changes from place to place.According to the Legends, Renuka was the wife of Sage Jamadagni, and since he had suspected her of infidelity, he asked Parashurama to remove her head. Lord Parashurama agreed to his father’s wish, and removed his mother head. And Lord Parashurama asked his father to give him a boon ..
Read More
LORD BHAGA
Posted on 26.03.2021 | Added in God Stories |

INTRODUCTIONBhaga is a god for wealth, marriage and prosperity similar to goddess Lakshmi. He is a main deity who gives our necessities and fulfils our wishes. He is also a vedic god, and contains powers equivalent to that of Lord Indra. But generally he obeys and executes his duty as per the instructions given by Lord Indra. He is referred in various puranas and in several ancient hindu texts, and is considered as a supreme manifestation of Lord Vishnu. He is the brother of USHAS (The Dawn Goddess).During the yagna performed by Lord Daksha, he stood by his side, and helped him to perform the ..
Read More
MAHAVIDYAS
Posted on 22.02.2021 | Added in God Stories | 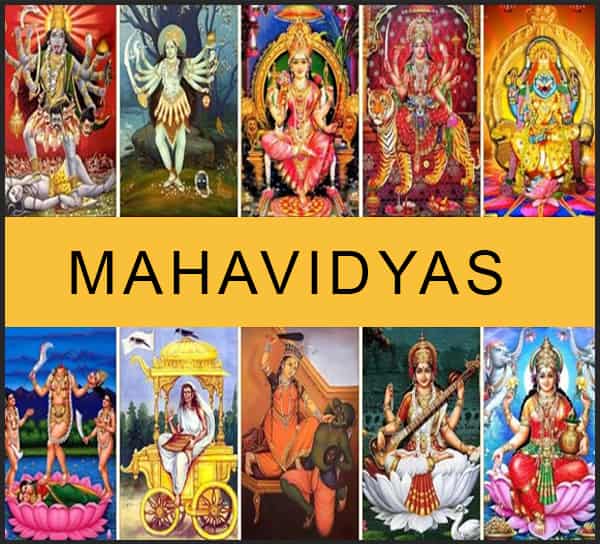 MAHAVIDYASINTRODUCTIONThe Mahavidyas are the ten forms of Ma Shakti Devi in Hinduism.  The ten forms of Mahavidyas are Kali Devi, Tara Devi, Tripura Sundari (Shodoshi), Bhuvaneshvari Devi, Tripura Bhairavi, Chhinnamasta, Dhumavati, Bagalamukhi, Matangi and Kamala.After the introduction of the Mahavidya worship, Shaktism had gained popularity. People began to worship Ma Shakti Devi in various forms, and all the females deities are considered as an aspect of Ma Shakti Devi. Shakti Devotees began to perform puja to the Mahavidyas, and in various texts of Hinduism, especially in the Devi Bhag..
Read More
LORD MUTHAPPAN
Posted on 22.02.2021 | Added in God Stories |
LORD MUTHAPPANINTRODUCTIONMuthappan is a guardian god of Kerala people, and he is an aspect of Lord Shiva and Vishnu, and his famous temple is situated in Madappura. Lord Muthappan contains divine weapons like ‎Bow, arrow‎ and ‎sword‎, and his vehicle is dog. He is particularly worshiped by the people in Kannur District of Kerala and Coorg region of Karnataka.  During the performance of puja to Lord Muthappan, fish flesh would be offered to him. Even other religious people are entitled to worship Lord Muthappan in his temples, and they are allowed to partake with his holy Prasad items als..
Read More
JYOTIRLINGAM
Posted on 22.02.2021 | Updated on 22.02.2021 | Added in God Stories | 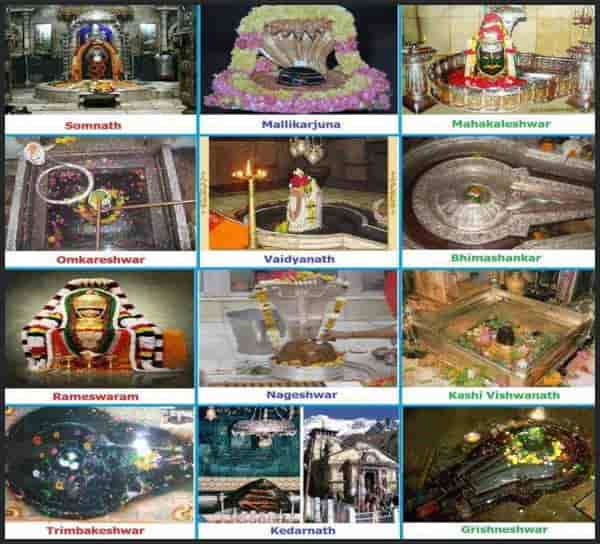 JYOTIRLINGAM:INTRODUCTION:A Jyotirlinga also called as Jyotirlingam and Muktilingam, is another form of Lord Shiva. Usually Shiva would be worshipped in the form of Lingam, and Jyotirlingam means Lingam which contains shining in its appearance, and it would appear with full of brightness. Actually there are twelve Jyotirlinga Temples in India.As per our auspicious Shiva Purana, once Lord Brahma and Vishnu were conversing about their supreme powers, and during their argument, Lord Shiva had appeared in the form of bright flames in a gigantic form, and he covered the entire universe through his ..
Read More
BRAHMACHARINI
Posted on 09.02.2021 | Updated on 09.02.2021 | Added in God Stories | 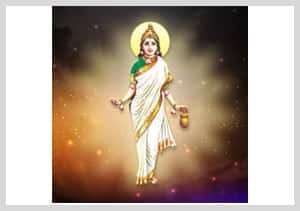 INTRODUCTION:  Brahmacharini is a form of Ma Shakti Devi. Ma Brahmacharini is worshipped during the Navaratri festival days with much delight and enthusiasm. Ma Brahmacharini appears with full of beauty, and she appears with white coloured clothes, holds a Mala and a holy Kamandala on her hands. She is considered as calm and worshipful goddess, among all other incarnations of Ma Shakti Devi.Brahmacharini means the self-existent goddess, and she is the absolute and Universal goddess, who contains good knowledge in Vedic subjects. She looks similar to a pious female sage, and she conta..
Read More
Showing 21 to 30 of 258 (26 Pages)
SIGN UP FOR OUR NEWSLETTER
Get our updates on new arrivals and discount