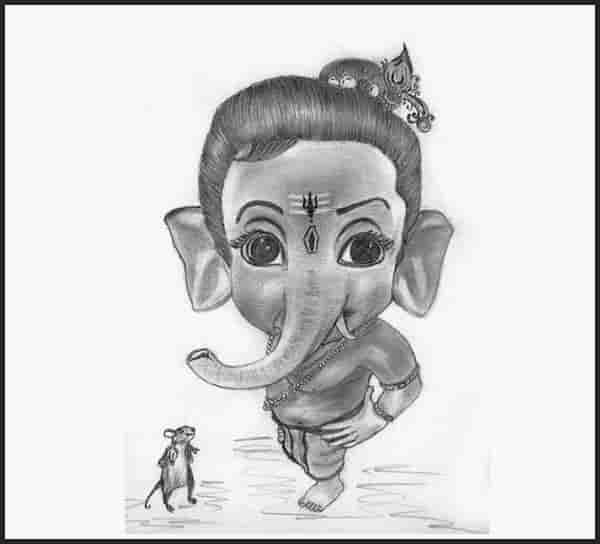 INTRODUCTIONBala Ganapathy is the child form of Lord Vinayaka. As per Vinayaka Purana, Lord Vinayaka was born out of the powers of his mother Ma Shakti Devi. During his childhood, he has done lot of mischievous activities similar to Lord Krishna. He used to eat lot of Mothaks and would pretend before others, as if he looks tired and sleepy. He also stopped his father Lord Shiva from entering into the palace, as per the orders of his mother Ma Shakti. As a result, his head was severed by Lord Shiva, and instead of that, an elephant’s head was placed on his body. Before the occurrence of th..
Read More
BALA HANUMAN
Posted on 30.04.2021 | Updated on 30.04.2021 | Added in God Stories |
INTRODUCTIONLord Hanuman had born in this earth during the Treta Yuga in order to serve Lord Rama, and to spread the importance of maintaining Bhakti on the almighty amongst the people. Though he contains the features of Lord Shiva, he is featured as a great Vaishnavite, and he is also considered as one of the divine vehicle of Lord Vishnu. Once Balahanuman had decided to pick the shining sun from the sky by considering it as a big fruit, due to that, Lord Indra became very angry with him, and he hit him hardly with his Vajrayudha. As a result, Hanuman had got fainted, and fell in the ear..
Read More
BRAHMAN
Posted on 30.04.2021 | Added in God Stories |

INTRODUCTIONBrahman denotes the highest supreme, the Ultimate almighty  in the universe. It is the cause for all the happenings in the entire universe. It is the divine bliss which would never change, and it would exist permanently in this universe, and it cannot be destroyed from this universe.Brahman is derived from the Vedic Sanskrit word, and it is a major concept mentioned in the Vedas, and in the Upanishads. Brahman is permanent and the highest in order. Brahman sometimes denote Lord Brahma also, the creator of the entire universe, and it also would denote Lord Shiva and Vishnu, and..
Read More
GOD ONLY IS OUR TRUE LOVER
Posted on 15.04.2021 | Added in God Stories |
INTRODUCTIONGod only is our true lover, and he would come with us in every walk of our life. Even if our parents, relatives and friends reject us, god would never reject us, and would console us than that of our own mother. Lord Krishna in the Bhagavat Gita says, “I would always stay with my true devotee, and would take care of him, I would give him food, cloth and shelter, and would act like an affectionate mother for him. I love them such much, and I would stay in the souls of those noble people who sing, praise and glorifies me. True devotees can permanently stay in my abode, and I wou..
Read More
BRAHMA ASHTAKAM
Posted on 15.04.2021 | Added in God Stories | 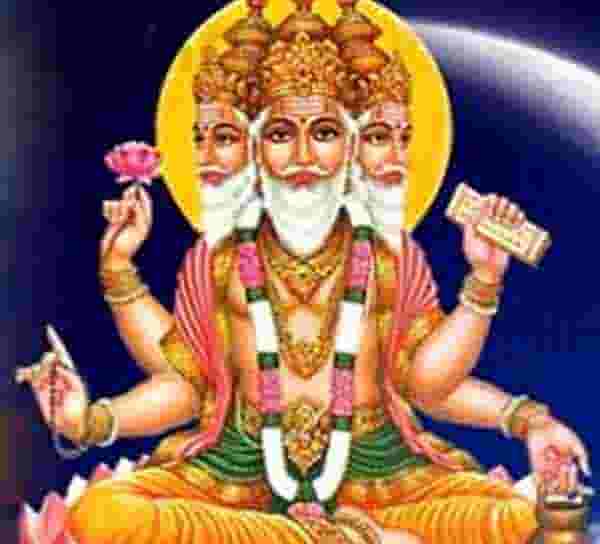 INTRODUCTIONLord Brahma is having only a few temples dedicated to him. His separate shrine can be found in most of the Shiva temples. In ancient times, for the purpose of getting boons from him, most of the sages and demons had prayed to Lord Brahma. We can also pray to Lord Brahma regularly, since he is the creator god, and he is the divine father and mother for us.Brahma Ashtakam is a famous stotram dedicated to Lord Brahma, and those who recite this stotra would get all kinds of prosperity in their lives. This famous Stotra of Brahma was composed by the demi gods in the heaven, and it was l..
Read More
SHIVASHTAKAM
Posted on 03.04.2021 | Added in God Stories | 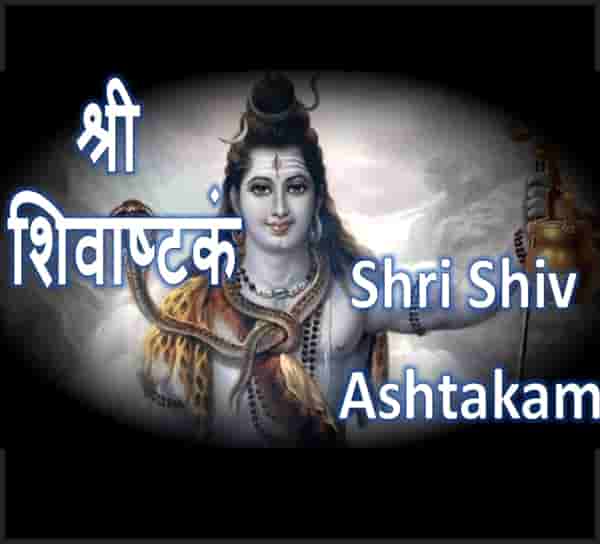 INTRODUCTIONShivashtakam is the popular poem,                            which praises the glory of Lord Shiva. It is believed that this poem was written by Sri Adishankara. It is highly recommended for the devotees, that they must take bath before going to the Shiva Temple, and must wear clean clothes, and should take pure milk of cow, in order to bath the holy Shivalingam in the temple. They also must carry with them fruits, flowers and flower garlands, and they must contain a pure heart, in order to get the blessings of L..
Read More
SHANI ASHTAKAM
Posted on 03.04.2021 | Added in God Stories | 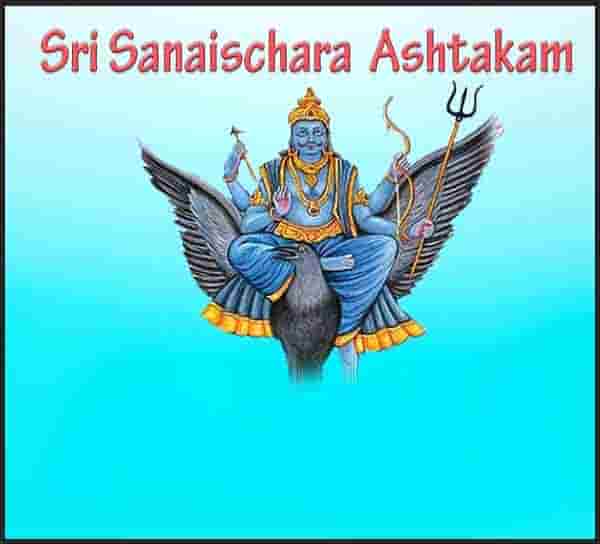 INTRODUCTIONSri Sanaischarashtakam was written in praise of Lord Shani by the great King Dasaratha, father of Lord Rama.Shani is a slow moving planet, and he is called as Saturn, and he is the chief planet among all the nine planets. He is the son of Surya and Chaya and he contains the features of Lord Shiva, and similar to the guardian god, “MUNEESWARAN, he has also got the title “EASWARAN” through the grace of Lord Shiva.  He relieves us from various diseases, and would add sweetness in our lives through our sincere bhakti on him, and also based on the horoscope of his devotees.He appea..
Read More
SANKASHTI CHATURTHI
Posted on 03.04.2021 | Added in God Stories |
INTRODUCTIONSankashti Chaturthi, also called as Sankatahara Chaturthi, is an auspicious festival day, and it would be celebrated once in a month in praise of Lord Vinayaka. This famous festival is celebrated for more than 2000 years, in order to remove the obstacles in our life.During this festival, the devotees must have to observe fasting, and must prepare Mothakams and Vadai, in order to offer it to Lord Vinayaka. After the performance of the puja, we have to close our puja room for some time, with the belief that the first god Vinayaka would consume some of the holy Prasad items fondly off..
Read More
VALLI
Posted on 01.04.2021 | Added in God Stories | 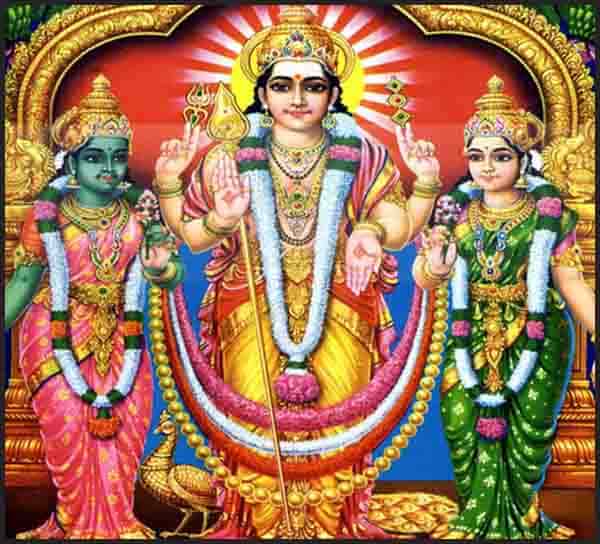 INTRODUCTIONValli is a goddess and the consort of Lord Muruga. Valli was born as the daughter of Lord Vishnu in her previous birth with the name Sundaravalli. She was the adopted daughter of Nambi Rajan, the tribal leader of the Mountain kingdom. She was a sincere devotee of Lord Muruga from her childhood itself. Valli used to pray to Muruga with great devotion, and wants him to be her consort. Once, while she was protecting the crops from the birds, she met Lord Murugan in the form of a hunter, an old man, and finally revealed his true form.After some time, Lord Muruga has transformed in..
Read More
UPAPANDAVAS
Posted on 01.04.2021 | Updated on 01.04.2021 | Added in God Stories | 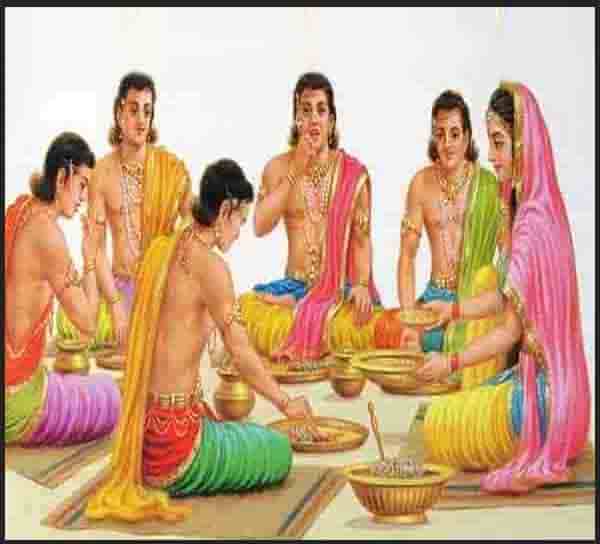