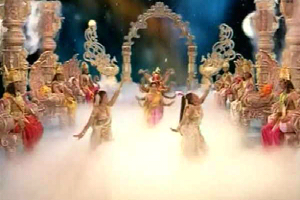 INTRODUCTION : Swarga also known as Indra Loka, is one of the Divine Lokas in Hinduism, and Lord Indra rules this Divine Loka.  It contains great beauty similar to Brahma Loka, also called as Sathya Loka. Those who do good karmic deeds would live in the Swarga Loka for a long period of time. Ancient righteous kings and sages and their consorts are still living in this Swarga Loka by enjoying all sorts of comforts in their life.Those who come here after their death, would get a shining body, and can attain the status of the demi-god in the heaven. They can live in the palaces allocate..
Read More
BRAHMALOKA
Posted on 16.12.2020 | Added in Devotional , God Stories | 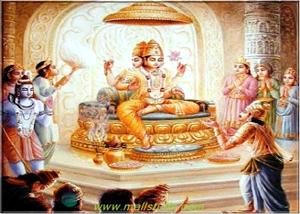 INTRODUCTION : Brahmaloka also called as Satya Loka is the abode of Lord Brahma and Ma Saraswati. Lord Brahma is the creator of all the living beings in the world, and he is the main father of everybody. Ma Saraswathi is considered as the goddess of education and wisdom, and she gives good knowledge, courage and good memory power to her devotees. Apart from Brahma and Saraswathi, in the Brahma Loka, famous saints and sons of Lord Brahma like Pulastiya, Manu and Daksha Bhagavan are living. Only a few of us would get an opportunity to live in the Brahma Loka. For living in the Brahma l..
Read More
RAMDEVJI
Posted on 16.12.2020 | Updated on 16.12.2020 | Added in God Stories | 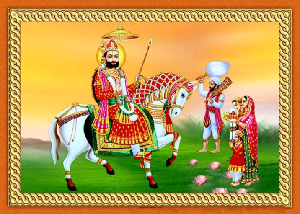 INTRODUCTION : Ramdevji, (1352–1385AD) is a guardian and a village deity of Rajasthan. He was a famous king, who contained super natural powers, and   with  the powers he raised the standard of living of his people, and also removed the caste discrimination which prevailed among various communities in Rajasthan during his period. He is worshiped by the people of Rajasthan as their Ishta Devata. He contains the features of Lord Vishnu.In Rajasthan, Ramdev is the main deity for certain community people, and his festival is grandly celebrated during the period (August – Septem..
Read More
VARUNI
Posted on 15.12.2020 | Added in God Stories | 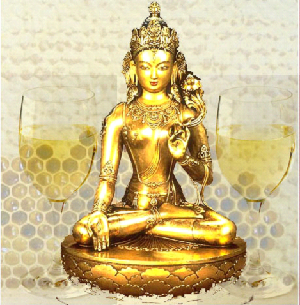 INTRODUCTION : Varuni, also known as Jaladevi, is the consort of Lord Varuna, and she is the goddess of wine. In some Hindu temple sculptures, Varuni is found along with Varuna. She is described in the Vedas and Hindu Sacred texts. She is also considered as an incarnation of Mata Lakshmi.According to the legend, Varuni was formed during the churning of the divine ocean, and got married to Varuna. She is considered as a Yogini. She resides in the Varuna Loka, which is situated in the bottom of the ocean. Both of them are controlled by Lord Indra Bhagawan.Varuni acts as a dutiful wife for h..
Read More
VIMANA
Posted on 27.11.2020 | Added in Devotional , God Stories | 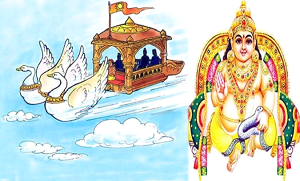 INTRODUCTION : Vimana also called as Pushpaka Vimana is the ancient flying chariots, which contains supreme powers, and the details about it were mentioned in ancient Vedas and in Puranas. Among the Pushpaka Vimanas, Pushpaka Vimana owned by Lord Kubera is very powerful, and it would allow the people in the entire earth to enter into it, since when large number of people enters into the Vimana, it would automatically enlarges its size. This Vimana was gifted to Kubera by Lord Shiva, in appreciation to his bhakti.During the Treta Yuga, Ravana forcibly took this Vimana from Kubera, and afte..
Read More
ARANYA DEVI
Posted on 27.11.2020 | Added in Devotional , God Stories | 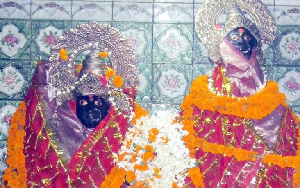 INTRODUCTION :Ma Aranyani Devi is the forest goddess. She is also called as Vana Devata, and Vana Bhagavathy, and she is considered to be the guardian of the animals living in the forest. She also protects the forest from thieves and from natural calamities like storm, earth quake and floods.Goddess Aranyani, is a form of Ma Shakti Devi and she has been protecting the forests since several centuries. Sometimes the holy mother Aranyani used to dance in the dense forests, and it would be witnessed only by her sincere devotees. The Aranya Devi Temple is located in Bihar. Before few centuries, she..
Read More
MA POLERAMMA
Posted on 26.11.2020 | Added in Devotional , God Stories | 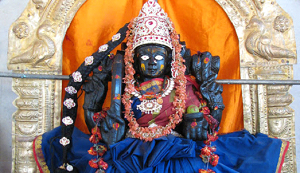 INTRODUCTION :Poleramma is the Village guardian goddess, and she is mostly worshiped by the people in Andhra Pradesh. Poleramma is an incarnation of Ma Shakti Devi, and she is worshiped since ancient times. As per legend, she was born in a village at Andhra Pradesh in a pious Telugu family, and her brother is Pothuraju, who is also considered as a guardian god by the devotees of Ma Poleramma.Usually her shrine would be a small one, and it would be situated only in the outside of the village, and it would be constructed with only ordinary stones, since the great divine mother, doesn’t want to e..
Read More
MAKARA JYOTHI AND MAKARA VILAKKU
Posted on 21.11.2020 | Added in Devotional , God Stories | 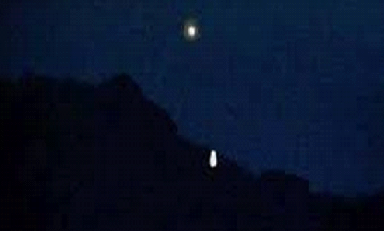 INTRODUCTION :Makara Jyothi is a bright divine star which would appear in the sky on 14th January of every year at Sabarimala, and large number of Ayyappa devotees would have the darshan of this holy star. As per legend, it is believed that Lord Ayyappan itself took the form of Makara Jyothi, in order to bless his devotees.Every year, lot of devotees would observe fasting for 41 days to visit the holy Sabarimala Temple. Large number of devotees would visit Lord Ayyappa during November and December months in order to avoid heavy rush during Makara Jyothi. However, still lot of people are visiti..
Read More
GODDESS LAKSHMI
Posted on 20.11.2020 | Updated on 20.11.2020 | Added in Devotional , God Stories | 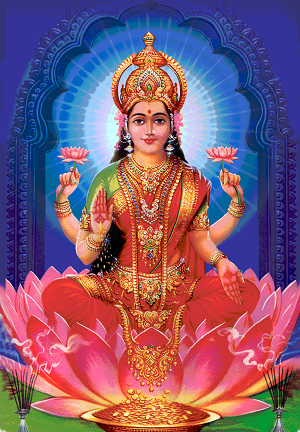 INTRODUCTION : Goddess Lakshmi also called as Mahalakshmi, is the consort of Lord Vishnu, and the fulfiller of wishes of her devotees, and she is highly praised in the Rigveda. She is the cosmic energy of Vishnu, and is considered as one of the chief deities of Hinduism. She is seen in the pictures along with Goddess Saraswati and Parvati. In pictures, she can be seen seated in a lotus flower, and also holds lotus in her hands, and contains shining face with full of beauty, and her vehicle is an owl. By worshiping her, she shows motherly affection on us, and she would give all kinds of pr..
Read More
LORD SHIVA
Posted on 20.11.2020 | Added in Devotional , God Stories | 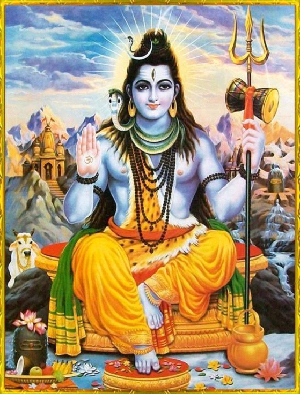 INTRODUCTION : Lord Shiva is a popular god in Hinduism, and he is known as Mahadeva, Maheswara, Nataraja, Shankara and by several other names. He is considered as the supreme god, and he is one of the Trimurties. He contains an attractive face with a glittering body, used to wear snakes as ornaments, and used to apply the sacred ash all over his body, and he is having three eyes. The third eye is used by him during the time of destruction. Similar to Lord Vishnu, he is widely worshiped throughout the world, by the Hindus.He was married with Mata Sati Devi, who is also known as Parvati Dev..
Read More
Showing 41 to 50 of 258 (26 Pages)
SIGN UP FOR OUR NEWSLETTER
Get our updates on new arrivals and discount